Isabel Dréan is an award-winning writer/producer/director.

The two seasons of her murder-mystery series MANIGANCES, financed by The Independent Production Fund became one of the most-viewed web series in French Canada. The series earned many laurels, including Best Directing at Hollyweb and Austin WebFest. Voted one of the best Canadian web-series of all time, an option by a major Hollywood studio followed and led Isabel to move to Los Angeles.

She then produced the short PORCH LIGHT, which won Best Comedy / Short at festivals from Santa Monica to Burbank and Omaha.

As a screenwriter, Isabel reached the Nicholl Fellowship Quarterfinals with her psychological thriller, THE WIFE OF FRANK B. Several of her independent scripts are currently in production in Canada.

In August 2021, she will be participating in the renowned Cine Qua Non Lab rewrite Lab with her passion project LOVE LETTER TO LAOS based on her life experience when she opened the first bookshop in Laos after the communist era, and had to choose between embarking on the next stop of her global journey, or taking in a local teenage boy and making Laos her home. 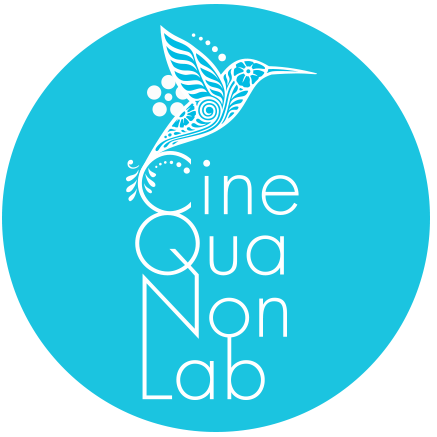 I am honored to have been selected as one of the participants of the Cine Qua Non Lab Rewrite Edition 2021 with my project "Love Letter to Laos."

Cine Qua Non Lab is a nonprofit organization based in Morelia, Mexico, and New York City, founded in 2010 with the mission of supporting independent cinema by providing a space for filmmakers to envision and develop their work.

Logline: True story. When a world adventurer settles in Laos to open the first bookshop after the communist era, she soon befriends a local teenage boy with a deep love of books. But when his family pushes her to become his guardian, she is faced with a dilemma that could change their lives forever.

THE WIFE OF FRANK B

Logline: When a grieving couple moves to a New England town for a fresh start, the past, the present and the future coil themselves around the young wife’s life like razor wire. A husbands’ uncontrolled temper, hidden secrets and lost loved ones. Set in the '50s.

"High demonstration of craft, structure, and storytelling. A simple yet powerful story. Wonderful use of flashbacks. Clear voice, beginning, middle, and end. Characters grow and develop. Well crafted characters and a very polished script. Roles that serious actors would jump at the chance to play. You hurt with Marlene, you ache when she aches. Brings light to the terrible battered women's syndrome, which would spark discussion. Very well written."

"This story has good structure. Structure in this story is very important because it allows the suspense to slowly build.  The script also does a great job at introducing the characters and the world. All seems normal at first. The dialogue is solid, creating complex characters that hint at their darker side. This requires patience with the read, as the reveals are careful planned out, and perfectly executed. Once I got past the first half of the script, I felt rewarded for my patience. There’s a lot of stuff going on here, and you could miss out if you’re not paying attention.

The tone is pitch-perfect. The suspense and intrigue will have you turn the page with anticipation. The intensity has a constant build throughout. The moment when Marlene (…) was so emotionally satisfying and I pumped my fist."

"This was an interesting idea for a story. The premise of the plot was unique enough to make us curious to see what would happen. There was a lot of mystery and suspense from one plot point to the next as the story unfolded. The approach to the genre was very good. We were riveted and weren't sure what was going to happen. There were some nice moments of magic. The meaning of the message at the end was cathartic."

RUSH OF BLOOD TO THE HEAD

Logline: Escaping from her abusive husband, a woman desperate to find her estranged mother sets out on a wild and unpredictable cross country road trip.

Based on the book by Laura Preble. Producer attached.

Logline: In a society where opposite-sex couples “perpendiculars” are freakish, forbidden, and persecuted… a preacher’s son, finds himself in love… with a girl.

If happiness is family, how does one keep on living when losing a child? For Anna, life comes to a halt when she loses her daughter in an accident. She is torn between her living young son, Mathis and the memory her beloved daughter, Claire. Mathis, however, acts like everything is the same. No tears, no sadness. But why would he be sad when to him, his sister is still present and he keeps talking to her like she's still alive? In her struggle, Anna will have to make difficult decisions. Will she be able to let go of this extraordinary love that binds them? Can this love keep them together even through death? Or should she let go?

Michel Galand, famous novelist, invites five friends for dinner. He prepared everything: good wine, small presents for everyone, a good meal and... his suicide as dessert. But the events do not turn out as the writer had planned.

The 2e season picks up 10 months after the events that concluded season one. Jonathan must face his demons. Find the person responsible for the death of his friend and colleague Dan Portal. With the help of a new teammate, Alex, our hero must interrogate and protect three key witnesses ... A game of cat and mouse begins between police and suspects ... Seedy hotel ... surveillance cameras ... an assassin called 'the Hand' ... Who will crack first? Who will die? 72 hours to find the truth.

The loss of a child is unbearable, and Dréan, along with honest acting by Ferri, manages to convey the depth of this loss without descending into melodrama. (...) Dréan’s work consists of both the real and unreal. Like any film, it is the imagined product of a director’s consciousness, but at the same time is rooted firmly in a material reality. Actors take up space and enact each scene using real words, real gestures. Lighting, though often staged, is similarly real in the sense that it can be seen and perceived. In the visions of Let Go, fantasy is established within an already artificial universe, and in this way, Dréan develops her own hierarchy of reality. Let Go serves as an interrogation of the viewer by asking more questions than it answers, and our reaction to the film’s ending–whether positive or negative–is not necessarily as important as the questions we ask along the way.

“Let Go” Bends The Genre In A Hauntingly Beautiful Way

We Are Indie Horror woke up with an e-mail looking to promote a short film. We have been getting more of these types of e-mails recently and honestly never know what to expect when we watch them. This particular one has our attention. Let Go comes to us from Canadian filmmaker Isabel Dréan.

Award-winning filmmaker, Isabel Dréan divulges into psychological, thriller, murder mystery, suspense, and horror genres. She is the founder of Kebweb.tv the first independent web series online platform in Quebec, Canada. She currently splits her time between Montreal and Los Angeles. Isabel Dréan has this to say about the making of Let Go.

"Isabel Drean was an ideal producing partner. The depth and breadth of her producing knowledge is formidable. From insurance to budgeting, casting to catering - with her by my side there were no challenges we couldn’t meet, no obstacles we couldn’t overcome.
I am extremely proud of the film we made and it would not have happened without such a dedicated and determined partner.
Forever grateful!"